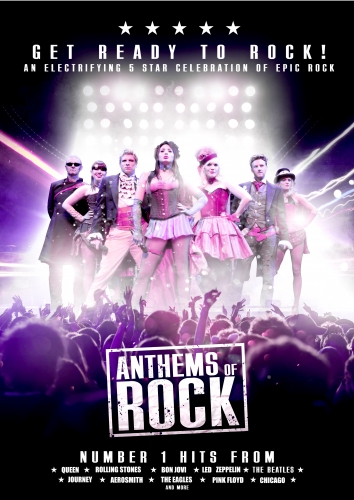 ARE YOU READY TO ROCK?

Spirit Productions is delighted to announce their new show

Song after song, hit after hit, ANTHEMS OF ROCK  delivers an outstanding show  of number one  Hits from the some of most famous bands of the 20th century, including Queen, The Beatles, The Rolling Stones, Bon Jovi, Led Zeppelin, Journey, Aerosmith, and many  more.

ANTHEMS OF ROCK  is an exciting  high energy  production that will have you singing along to the greatest Rock hits of all time in this magnificent Rock experience.

This record breaking show  is  now available for international touring.